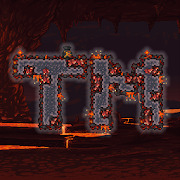 Total votes: 4
100
100
MODs / Apps
Terraria Manager for Android - this product will be useful to all players in such a popular project as "Terraria". Agree, it is always a shame to lose the progress of your world, which you have been creating for so long. But the presented application will help solve this problem. After all, here each user can find a huge number of saves of other players from around the world, as well as share their own.
Just launch the application, choose any world you like and launch it. And then just go to the original game and start enjoying the game. Everything is very simple, and most importantly, completely free. This is despite the fact that "Terraria Manager" is not an official application.
The visual content is made in the same style as "Terraria" itself. The familiar shell will create a cool atmosphere and tune in to the game, after the next user chooses a saved world. The application interface is quite simple and straightforward. You do not have to perform any complicated actions. Just scroll through the save as the same feed on social networks and press just one button to set the next world in which you want to play.
Screenshots 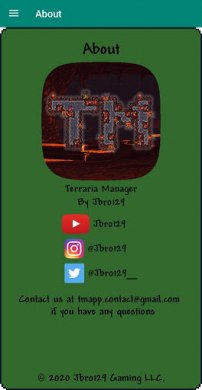 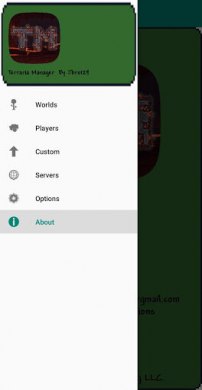 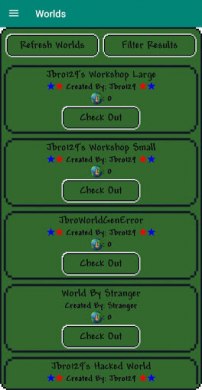 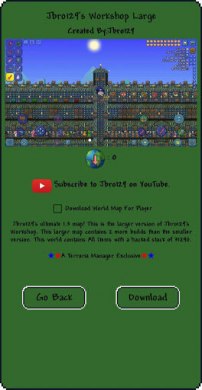 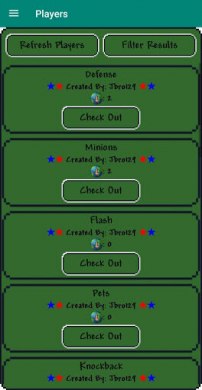 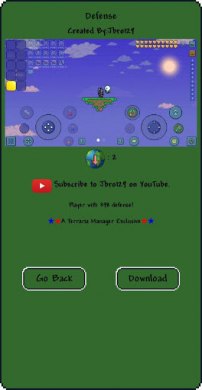 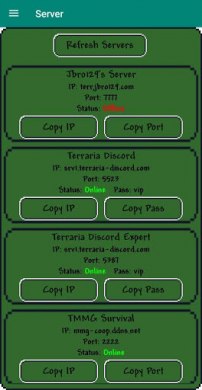 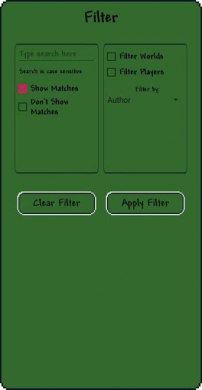