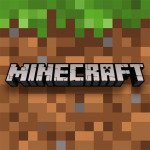 Total votes: 254
89
89
Games / Simulators / MODs
Why do you have to download Minecraft - Pocket Edition v 1.16.0.53 [HACK/MOD Unlocked, menu]?
Minecraft - Pocket Edition is another version of Minecraft for Android, where you can do everything like in the official version of the game. Build, destroy, kill animals, find minerals. Also we added a cracked version of Minecraft - Pocket Edition, that makes you immortal. You can run, jump, do whatever you want. This version is designed for you to use it for your creations, because playing Minecraft - Pocket Edition with lives you can die in the most inappropriate moment, and it can piss you off. Minecraft - Pocket Edition contains all basic features of the original game, so download and use it for your health.
We all know that recently this application has become very popular. It is played by many players. Microsoft updates it and with each update there are really high quality and new features. Everything comes together on the fact that the graphics here does not affect, because the essence of the gameplay, music and everything else makes a huge advantage and players do not even pay attention to the fact that the game is a cube, as they are greatly dragged into the depths of gameplay.
You can create your own universe, and then bravely invite your friends and play together. At the moment there are a lot of servers on the Internet, where people play and build their own houses, raise cattle and try to survive somehow. There are also those who just roam and try to kill everyone. Such villains in online games are not loved and respected. Minecraft is a part of history, which will never die out, because it is important gameplay, not graphics. On our site there are a lot of different programs with which you can make the gameplay in this application more diverse.

Download links Minecraft - Pocket Edition v 1.16.0.53 [HACK/MOD Unlocked, menu] for Android
Removed license verification; working login to the Microsoft account; working character editor with all unlocked features (skins are not saved after exiting the game).
After starting the game, click on the round button at the top left to open the mod menu with the following features (only work in a single game!): immortality; high damage to all weapons (including enemy mobs).
Download: MOD version
How to install? (Instruction)