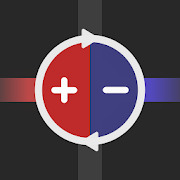 Total votes: 1
100
100
Arcade games / Puzzles / MODs
Ionitron - ion magnet puzzle game is an interesting and exciting game project for your smartphone or tablet running the Android operating system, where you will have many puzzles related to the laws of physics!
This game meets us with beautiful and very unusual graphics, where all textures and objects are made in HD quality, and also have their own unique 3D models. The very same style is drawn in a minimalistic design, which will suit a huge number of users. Specialist. the effects are simple and unremarkable, so as not to distract during the gameplay.
In the very same Ionitron - ion magnet puzzle game you will find many rather unusual levels, of which there are about 40! Each of them will be several times more difficult than the previous one, so you will have to make every effort to find the right answer. The essence of the game is as follows. You will find yourself on the playing field, where there will be various tracks. A red ion ball will move along them. Also, there will be several ionic magnets, each of which has two polarities. Depending on what you want to do, you will need to use a specific polarity. So, plus repels, and minus, on the contrary, attracts. Here you will also see a special area where you will need to place the red ball. Push and pull this geometric shape until it is in the right place. Try to put it in place in the least number of steps, thereby setting a new record! If you have difficulties with the solution, then use the hints, and also cancel the perfect move!
Screenshots 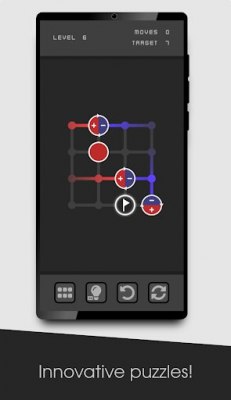 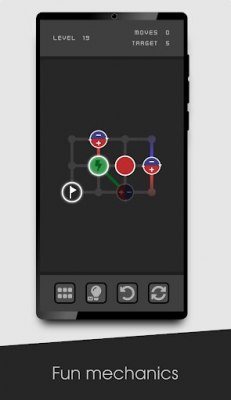 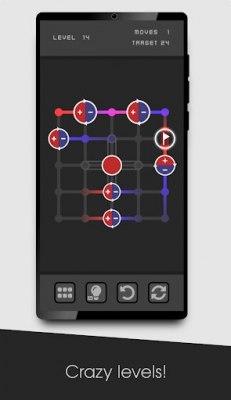 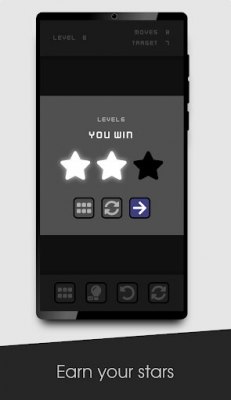 In this version of the game you will not have ads.