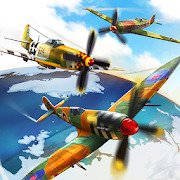 Total votes: 5
80
80
Action / MODs
Warplanes: Online Combat for Android - a multiplayer historical toy that will plunge users into the world of air battles of World War II.  Players will have to try on the role of the pilot and try themselves at the helm of more than eighty different aircraft of different classes.  And each car that is in the game directly involved in the most violent battles in those years.
The application will delight players with a number of modes that will certainly not make you bored.  Mode "Fight to the death", is to confront two players one-on-one.  Demonstrate your flying skills and prove your superiority in a fair fight.  In Team Battle mode, two teams will rise to the sky - gather your friends and engage in multiple battles to help each other during the battle.  Last Hero" mode is a classic survival mode where everyone can get to know their maximum.  And in the last mode, Cooperative, players will perform various tasks from the community and fight against artificial intelligence.
The external content of Warplanes: Online Combat creates a quality visualization, which can convey all the mood and atmosphere that reigns in the sky during the next air fight.
Screenshots 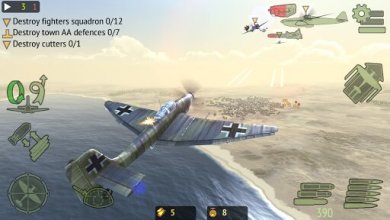 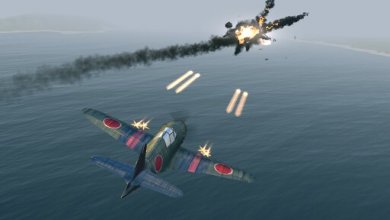 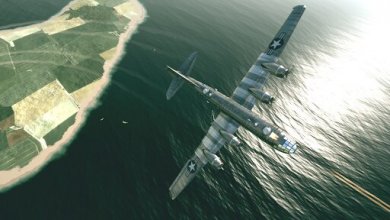 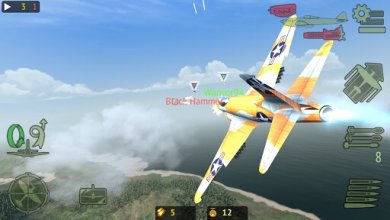 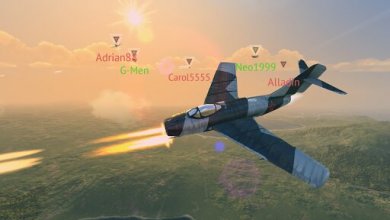 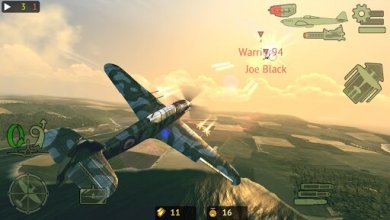 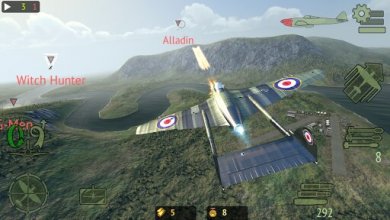 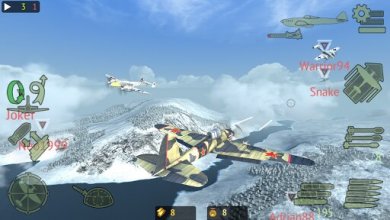